I am not a fan of blantantly holiday-themed storytimes for a number of reasons, but there is still always an inclusive way to celebrate the seasons!

My Tail’s Not Tired by Jana Novotny Hunter 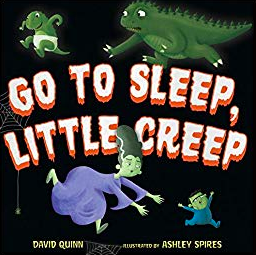 First of all, let me tell you about the book you NEED for any creepy storytime:

Sipping Spiders Through a Straw: Campfire Songs for Monsters

by Kelly DiPucchio and illustrated by Chris Grimley 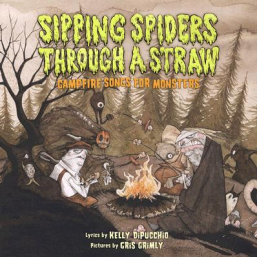 This book is chock full of hilarious, gross, creepy songs to the tune of classics such as “Twinkle, Twinkle, Little Star” and “Take Me Out to the Ballgame.” I use it every year and it NEVER fails me.

Make some monster flannels and practice counting! I love to start this by asking the toddlers if they can count to 10, and seeing how fast we can go before everyone breaks out in giggles!

This is a fun action rhyme, or if you are lucky enough to have monsters puppets, now is a great time to use them!

I forgot where I found this poem, but it was a in library book- somewhere in the 811s. I made flannels for the ingredients, along with a paper bag “cauldron.” I began by asking the Kindergarteners if they would “make a recipe with me.” Once they obliged, I broke out my recipe. I read the poem out loud as we added and stirred ingredients. The kindergarteners got more and more rowdy as the ingredients got crazier! At the end, I asked them what they thought we made (“potion” was the answer) and what color they thought it was- green, of course!

“Witch’s Brew Recipe”
In a cauldron or a pot,
Mix and heat till bubbling hot:
Six cups of water from a sluice
Three cans of frozen orange juice
One-quarter teaspoon nutmeg, ground,
One hoot of owl, one bay of hound,
Two teaspoonsfuls of ginger spice,
(Chant a spell while stirring twice).
Add lemon juice, one tablespoon,
As yellow as a witch’s moon,
Plus a quart of ghoulish cider,
Pour and top with a hairy spider!

My favorite books to read aloud were My Tail’s Not Tired, which has lots of good wiggles for the toddlers, and Creepy Pair of Underwear. I’ve done the witch’s brew activity twice and it went well both times!